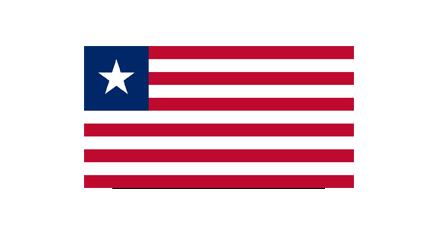 The Deutsche Gesellschaft für Internationale Zusammenarbeit (GIZ) GmbH was active in Liberia from 1974 until the outbreak of civil war in 1989. In 2010, GIZ reopened a regional office for Sierra Leone and Liberia in Freetown, the capital of Sierra Leone.

Since the end of the devastating civil war in 2003, Liberia has made significant progress in achieving stability. Government structures have been rebuilt and the economy has been boosted by growth in exports and increased foreign investment. The GDP growth rate in 2013 was almost 9 per cent. However, in 2014 and 2015, the West African country was hit by a decline in the international price of commodities and by an Ebola epidemic.

Presidential elections held between the end of 2017 and early 2018 led to a peaceful transfer of power. Even though the country has achieved political stability, living conditions remain difficult for the majority of the population, particularly in rural areas. Inadequate access to health care and education, combined with a lack of job opportunities for young people, can jeopardise development.

Over two thirds of Liberians live below the poverty line and more than a third of the population is considered undernourished. In 2017, Liberia was ranked 181 out of 187 countries on the Human Development Index (HDI). The principal exports are rubber, gold, iron ore and diamonds. Although Liberia has rich mineral deposits, the population rarely benefits from the revenues generated. The extractive industry has contributed little to prosperity and sustainable development.

In Liberia, GIZ works on behalf of the German Government, the European Union (EU) and other international donors. The GIZ focuses on the following areas:

Infrastructure: With a total land area equivalent to about one third that of Germany, Liberia has only 600 km of asphalted roads and large parts of the country are inaccessible during the long rainy season. In order to improve the infrastructure, a Road Maintenance Fund financed by fuel levies was set up with the support of GIZ. In addition, progress was made in developing capacity in road asset management with the Ministry of Public Works and in setting priorities for road maintenance.

Energy: GIZ also supports the expansion of the sector for renewable energy and energy efficiency. Liberia has enormous potential for covering its total energy needs from the sun, rivers and biomass. The activities of regional multi-donor projects in Liberia, Sierra Leone and Guinea, have provided around 135,000 people, 1,000 institutions and 2,200 companies with access to modern energy services and technologies.

Health: Since the end of the Ebola epidemic, another project has been supporting the health system in improving basic medical care and preparedness for highly infectious diseases. Some of the priority areas of the support are laboratory diagnostics, disease reporting systems and care for highly infectious patients. GIZ also promotes employment opportunities for women in the health sector.

Resource Governance: Under a multi-stakeholder approach, GIZ provides advice on improving frameworks for efficient and sustainable mining. A special focus is on strengthening state regulatory authorities such as the Ministry of Mines and Energy, the tax authorities and the environmental agencies to implement technically, fiscally, socially and environmentally sound regulations in the mining sector. GIZ is working in cooperation with environmental authorities to reduce the environmental impact of industrial and artisanal mining. Another priority is to actively call for support for civil society and to demand accountability from companies and the state. The advisory services build on the Africa Mining Vision established by the African Union.

Environment and Biodiversity: The project promotes the cross-border networking of ecosystems and protected areas between Liberia and Côte d'Ivoire. In Côte d'Ivoire, it supports the communication on ecological networking, in Liberia the Forest Development Authority (FDA) was assisted in the development of a management plan at the end of 2017 for Grebo Krahn National Park. In both countries, it promotes cross-border cooperation, the skills and capabilities, and the exchange of experience between local and national actors, and women's participation in decision-making.

Better networking of forest ecosystems in the Taï-Grebo-Sapo region in Côte d’Ivoire and Liberia Energising Development project in the founding states of the Mano River Union: Liberia, Sierra Leone, Guinea