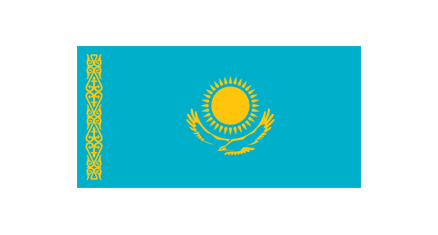 The Deutsche Gesellschaft für Internationale Zusammenarbeit (GIZ) GmbH has been working in Kazakhstan since the early 1990s. It opened its first office in 1996 and today has offices in Nur-Sultan and Almaty.

Kazakhstan is still a young state, which became independent in 1991 with the dissolution of the Soviet Union. During the first few years of independence, the economy collapsed. Thanks to the revenue generated from its mineral wealth, especially oil and gas, the country enjoyed an economic upswing from the turn of the millennium until the global financial and economic crisis in 2007. Given the vast size of the country and great distance between towns and cities, promoting disadvantaged regions represents a special challenge. The Government is working to reduce the economy’s dependence on raw materials and to promote the development of small and medium-sized enterprises (SMEs). The high rate of unemployment and a growing skills shortage pose major economic challenges. Kazakhstan also faces environmental issues such as limited water resources, air pollution and poor waste management. The harmonisation of legislation is also a key concern.

GIZ is working in Kazakhstan on behalf of the German Federal Ministry for Economic Cooperation and Development (BMZ) as well as other German and international partners. The Kazakh Government is receiving support in the following areas:

To ensure the long-term development of the country's economy, efforts are being made to strengthen the performance capability of customs and other border control authorities. To achieve this, the Government is cooperating not only with different regions within the country, but also with other countries in the region. These efforts aim to facilitate trade, increase the competitiveness of companies and improve the quality of goods and services traded.

GIZ is also working together with state and civil society organisations in Kazakhstan to implement international standards and train young researchers in the field of biosecurity.

In addition, GIZ supports the country in developing a green economy. Numerous projects are actively working towards the promotion of sustainable land use as well as sustainable consumption and production. Low-carbon and climate-friendly economic development are top priorities, as are climate change adaptation in the high mountain regions.

Together with the responsible state institutions, GIZ is working on efforts to modernise administrative law and improve quality in the application of law.