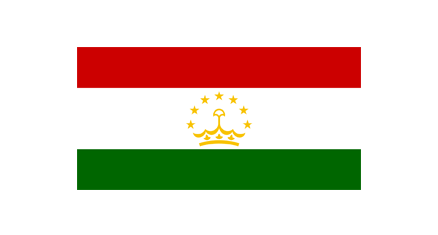 The Deutsche Gesellschaft für Internationale Zusammenarbeit (GIZ) GmbH has been working in Tajikistan since 1995. It has offices in the capital, Dushanbe, and two other locations.

During the Soviet era, Tajikistan had the lowest per capita income of any Soviet republic and therefore received substantial subsidies from Moscow. After Tajikistan gained its independence in 1991, these payments ended and the country suffered five years of civil war. This had a devastating impact on the country’s economy, which even today is still the least developed of all the former Soviet states. Many people live below the poverty line, especially in rural areas.

The country’s development is hindered by a lack of funding mechanisms, skilled workers and a clear plan for growing the private sector. State health care and education are particularly affected by underfunding. Remittances from Tajik migrant workers in Russia and Kazakhstan make up around half of the country’s GDP.

Tajikistan is also one of the countries worst affected by climate change in Central Asia. Its steep mountain slopes are particularly vulnerable to the frequent droughts caused by climate change, with negative impacts on the country’s agriculture-based economy. Low water levels also weaken the national energy system, which depends on hydroelectric power.

Working on behalf of the German Federal Ministry for Economic Cooperation and Development (BMZ), other German federal ministries and the European Union, GIZ focuses on the following priority areas in Tajikistan:

On behalf of BMZ, GIZ is developing solutions for adapting to climate change and combating desertification, for example by reducing water consumption in agriculture.

Another of its projects aims to stimulate the economy and create new jobs by encouraging private sector growth and a business-friendly environment. This includes supporting climate-aware producers and value chains for selected products, such as organic cotton. For example, GIZ promotes training for food experts to improve their employment prospects and combat the shortage of skilled labour.

GIZ’s support for the reintegration of Tajik labour migrants helps to improve their incomes and job prospects. Vocational training increases their employability and earning potential. State-run advice centres are equipped with additional staff to enable them to improve their employment promotion services in the municipalities.

GIZ is also working in the areas of nutrition and mother-and-child health in order to improve the health care system and promote social development. In cooperation with the Health Ministry, it is contributing to reducing the country’s newborn and maternal mortality rates.

GIZ is promoting legal and judicial advice to ensure that the authorities and courts of justice implement the revised act on administrative procedure more effectively. This is designed to make debt enforcement proceedings more efficient in civil disputes.