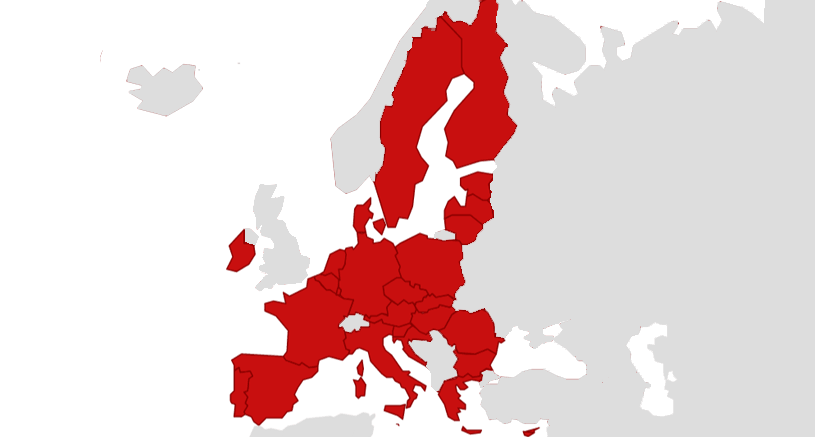 Whether it is combating climate change, promoting business and employment, supporting sustainable agriculture, strengthening human rights or helping displaced people, GIZ addresses a broad range of issues in Europe and across the globe both with and for the European Union (EU). GIZ also acts as an important partner for dialogue and professional expertise for the EU institutions.

Accounting for more than half of public development funding worldwide, the EU and its member states constitute the world’s largest international development cooperation donor. This engagement extends to more than 150 countries, from Afghanistan to Zambia. The EU places particular emphasis on poverty reduction, security and stabilisation and the implementation of the Sustainable Development Goals (SDGs) throughout the world.

The 2017 European Consensus on Development forms the framework for European development cooperation. Its main objectives are to reduce and eliminate poverty and promote the sustainable development of its partner countries. The measures outlined in the consensus also serve to implement the 2030 Agenda and the Paris Agreement. In accordance with the EU Global Strategy on foreign affairs and security, development policy is also to be increasingly linked to the objectives of EU foreign and security policy – specifically security, migration, humanitarian aid, trade and climate. GIZ is a respected partner and can offer invaluable support when it comes to addressing these challenges.

Cooperation with the EU

GIZ has been working with the European Union since as long ago as the early 1980s – not only in developing countries and emerging economies but also in the German domestic market and in EU accession and neighbouring countries. In recent years, GIZ has supported several EU Member States, including Greece, Croatia, Poland and Cyprus, in implementing structural reforms in various sectors.  Accession candidates such as Albania, Serbia and Montenegro are receiving support in their convergence with the EU. GIZ supports transformation processes in the justice system, administration, business and the energy sector in its eastern neighbouring countries. In Ukraine, for example, GIZ is supporting the implementation of national decentralisation reforms, financed by the EU and selected member states. In the South Caucasus, it is working on developing the private sector and vocational education.

Job opportunities, higher incomes, and promoting small and medium-sized companies and better working conditions are also top priorities elsewhere in the world. In sub-Saharan Africa, for example, GIZ is working with partners to create more jobs and training opportunities that particularly benefit young people as part of the Employment for Sustainable Development (E4D) initiative.

Projects initiated within the framework of the EU Trust Fund for Africa ensure stabilisation, protect displaced people and open up better prospects for the future. In Uganda, GIZ is strengthening human rights on behalf of the German Government and the EU. GIZ International Services is also handling the logistics and security strategy for European election observation missions on behalf of the EU.

Commitment to the climate and energy is also high on the agenda, for example in Nigeria, where GIZ is implementing a project focusing on renewable energies and energy efficiency with EU involvement. Investment and state-of-the-art energy solutions are also being promoted throughout Africa. In the Pacific region, GIZ is working with the German Government and the EU to help the Pacific Islands combat climate change and is assisting Latin American countries in achieving their agreed climate goals.

If you would like to find out more about GIZ’s cooperation with the EU, you can read past editions of our ‘GIZ Compass’ newsletter (until 2020). It contains information on EU-(co)financed projects and GIZ’s activities in Brussels.

“Mitigate the impact of the coronavirus pandemic”

“A successful EU Council Presidency – in spite of the pandemic”

Europe and Africa: the future of the partnership

“Africa and Europe need each other”

The EU as the client of GIZ

Cooperation with the EU