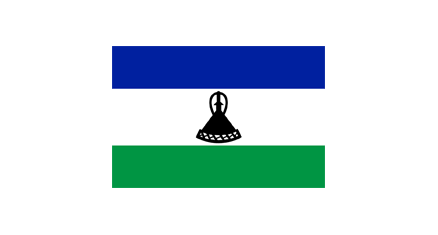 The Deutsche Gesellschaft für Internationale Zusammenarbeit (GIZ) GmbH has supported international cooperation between Germany and the Kingdom of Lesotho since 1976.

Lesotho is one of the world’s poorest countries. There have been frequent political tensions since this country gained its independence in 1966, sometimes erupting into violence. Due to political instability limiting the Government’s capacity to act, development progress in many sectors is slow. Agricultural output is low due to the lack of suitable land for farming, so Lesotho imports around 70 per cent of its food.

Basic public service provision is limited outside the capital Maseru. This is due to the high level of centralisation in Lesotho, with small towns and municipalities outside the capital lacking the capacities and resources needed for local administration. However, one of the most serious problems facing Lesotho is the spread of HIV. Almost one adult in every four is living with HIV and the number of AIDS orphans is rising continuously. Although unemployment is high, especially in and around the urban centres, there is also a shortage of skilled workers.

In order to address these problems, Lesotho has adopted a National Strategic Development Plan, which focuses on more rapid economic growth, job creation, improved access to quality public services, decentralisation and combating HIV/AIDS. Working mainly on behalf of the European Union (EU), GIZ is supporting Lesotho’s efforts to implement the Plan. Gender issues and combating HIV/AIDS plays a key role in all GIZ’s projects and programmes in Lesotho.

Priority areas of cooperation are: