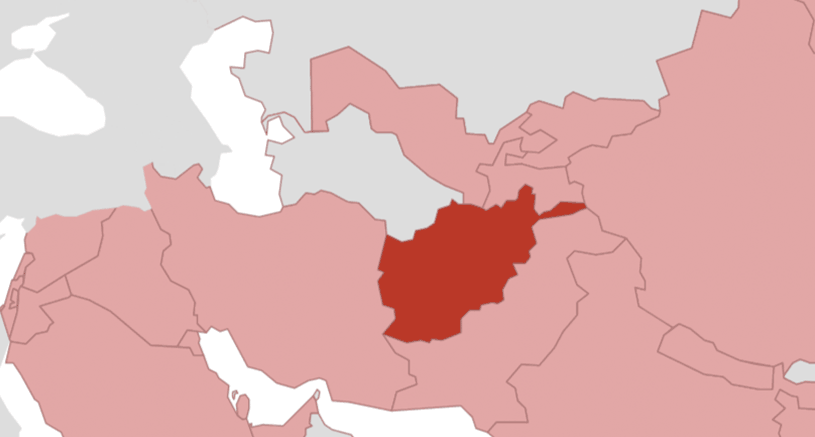 Since August 2021, the situation for many people in Afghanistan has changed drastically. The Afghan people are facing hunger and poverty and require support to meet their basic needs, including running water, and adequate supplies of food, toiletries and electricity.

BMZ has currently suspended these projects.

Since September 2021, GIZ has also been working on behalf of the Federal Foreign Office and BMZ to support Afghans and their families in leaving the country and entering Germany legally. Those seeking to leave Afghanistan include former and current GIZ staff and GIZ contractors, Afghan staff working locally for other organisations, and individuals identified as vulnerable by the German Government. To this end, GIZ is organising over-land transport and chartered flights, along with temporary accommodation and food for people wishing to leave the country. The German Government verifies eligibility to enter Germany and issues visas. It also defines the criteria and requirements for entry.

GIZ has been operating in Afghanistan in the field of development and stabilisation since 2002. Our main commissioning parties were the German Federal Ministry for Economic Cooperation and Development (BMZ) and the Federal Foreign Office. Up to the seizure of power by the Taliban, much had been achieved: with our support and together with partner organisations, Afghan men and women were receiving training in a wide variety of areas, from skilled crafts and trades to agriculture – with more than 200,000 people taking up this training. Almost half of the participants were women. More than 40,000 people took part in legal seminars, including over 18,000 women. Around 6,000 women took part in literacy courses and approximately 42,000 women received agricultural training, allowing them to secure work and an income. Furthermore, 29 hospitals and health centres were built or renovated, benefiting a total of more than one million local people. Through GIZ’s support, 42 primary schools, 71 secondary schools, 12 university faculties and 37 vocational schools were built or renovated. In addition, 1.5 million people received access to a reliable supply of clean drinking water.

GIZ supports the German Government in working through the recent developments in Afghanistan.

The German Federal Government is implementing an admission programme for people from Afghanistan who are at particular risk. Further information:
https://www.bundesaufnahmeprogrammafghanistan.de/ (German only)

GIZ is not an authorised agency under the admission programme.

More information on the Coordination Office for civil society organisations: https://www.koordinierungsstelle.org/ (German only).

Afghanistan: GIZ is assisting local employees to leave the country