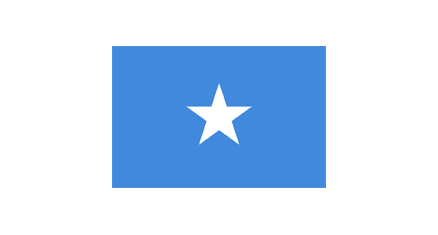 Deutsche Gesellschaft für Internationale Zusammenarbeit (GIZ) GmbH has been working in Somalia since 1964. The projects and programmes are managed from GIZ’s country office in Kenya.

After more than 25 years of civil war, the election of the Federal Government of Somalia in 2012 marked the start of a new chapter in the country’s history. Still, the country remains one of world’s poorest and the se-curity situation fragile. In addition, the countries in the horn of Africa are increasingly affected by droughts, floods and cyclones. In Somalia, this has resulted in land becoming less fertile. Moreover, vegetation cover has been lost for charcoal production and crops are heavily affected by recent desert locust invasions. As a result, food insecurity in Somalia is increasing. With these natural disasters, many people have lost their livelihoods and became internally displaced persons. Many of them seek a new life in urban areas. The rapid growth of the urban population, however, puts pressure on the already weak social infrastructure.

In Somalia, the unemployment rate among young people – who are the majority of Somalia’s population – is 67 per cent. The existing system for technical and vocational education and training (TVET) does not prepare them for the needs of the labour market.

The main priority areas of GIZ’s work are:

As the country endeavours to find stability following conflicts and climate-related disasters, GIZ supports local communities and government institutions towards the reintegration of returnees, the integration of internally displaced persons in host communities and improve the preparedness for potential crises.

On behalf of the German Federal Ministry for Economic Cooperation and Development (BMZ) and the European Union (EU), GIZ supports the modernisation of the TVET system in the country. Foundational programmes in the areas of agriculture, car mechatronics, construction and media design are developed with an orientation to meet the emerging needs of the private sector for skilled labour and provide employment perspectives for youth. Five exemplary public TVET centres in Mogadishu, Hargeisa, Garowe, Waaciye and Kismayo will be strengthened along new and updated policy guidelines.

Improving living conditions in the new settlements of Kismayo