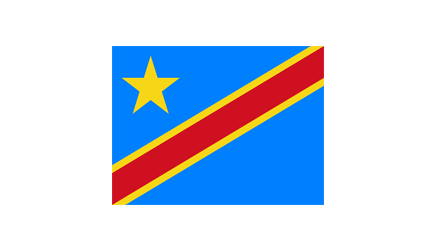 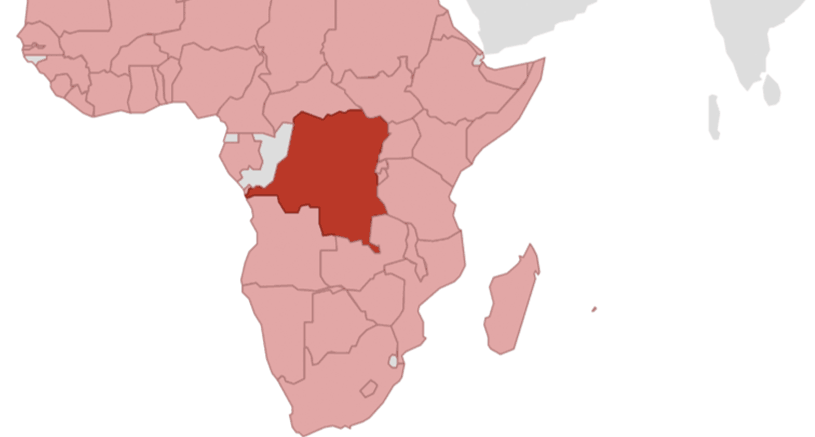 Democratic Republic of the Congo

GIZ has been working in the Democratic Republic of the Congo on behalf of the German Federal Ministry for Economic Cooperation and Development (BMZ) since 1978. This work had to be halted in 1994 due to the civil war and the associated security risks. When cooperation with the European Union (EU) was resumed in 2002, German involvement was also stepped up again. Our country office is located in the capital Kinshasa.

Democratic Republic of the Congo

Since the late 1990s, the Democratic Republic of the Congo has found itself in one of the most serious humanitarian crises in the world. Despite the country’s vast mineral wealth, three quarters of its 83 million population live below the poverty line. Internal refugee movements are putting further pressure on the fragile food security situation among the population. The country was ranked 176th out of 188 states in the 2015 Human Development Index. Around 60 per cent of the land area of the Democratic Republic of the Congo is covered by rainforest. Preserving this vast natural carbon sink and its unique biodiversity is a matter of global concern.

As a result of the tense political situation in the Democratic Republic of the Congo, since 2017, GIZ’s work on behalf of BMZ and the German Federal Foreign Office has taken a development cooperation approach that is independent of government involvement, concentrating on activities with the target groups themselves.

The main areas of GIZ’s work in the Democratic Republic of the Congo are:

The creation of a sustainable and affordable drinking water and sanitation system in line with hygiene standards has so far given over a million people access to clean drinking water. The economic and social situation of the population has been improved by a more stable, more inclusive range of financial services. The conservation of natural resources focuses on supporting the Congolese Institute for Nature Conservation in managing six conservation areas. In the mining industry, GIZ is promoting good governance, for example by making information on payments by the most important sector of the economy transparent and publishing this information. GIZ is also supporting cooperation between private enterprise, public administration and civil society in order to develop and implement joint plans for local development. In the area of peace and security, GIZ is strengthening international and Congolese actors involved in peacebuilding, for example, by cooperating with radio stations and local NGOs on issues such as violence prevention and social and economic empowerment.

The Democratic Republic of the Congo is also receiving funding from BMZ’s ‘One World – No Hunger’ special initiative to help restore and maintain the basis for the population’s livelihood in the long term. These funds are supporting measures that include the introduction of vegetable growing and the distribution of seeds that have higher yields and are more resilient, such as maize and beans. GIZ is also supporting cross-border initiatives in cooperation with the Congo Basin Commission. These include the expansion of inland shipping on the River Congo and strategies for the peaceful economic use of the river.

Improvement of the nutrition situation in Sub-Saharan Africa

Pilot project to improve medication provision Monitoring and administration subsidies provided by Gavi and the Global Fund Sport for Development in Africa: Partners with Concepts! Strengthening health services in the provinces of South Kivu and Kwango Support for the health care system in the South Kivu region

Ted Callahan on his work in Afghanistan