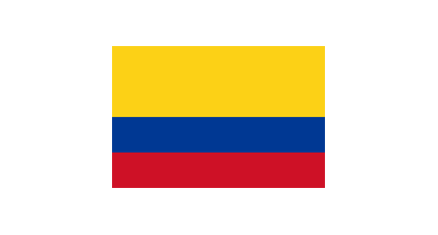 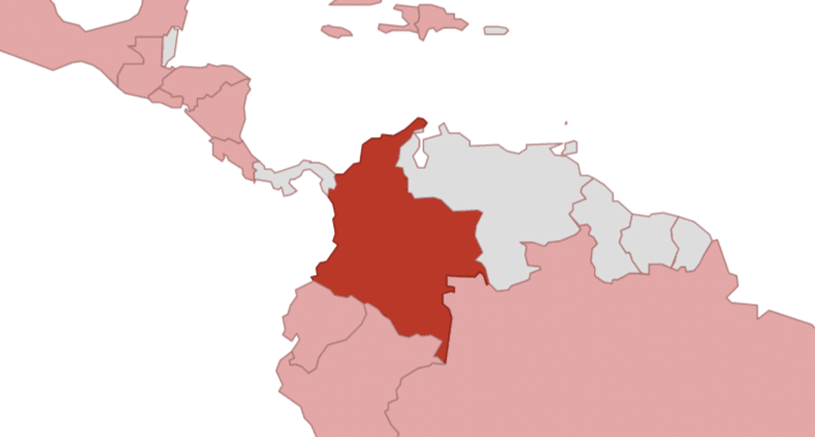 Colombia and Germany can look back on more than fifty years of cooperation.

Since the peace agreement was signed in 2016, Colombia has been changing at a rapid pace. The majority of Colombia’s largest guerrilla movement FARC (Fuerzas Armadas Revolucionarias de Colombia) have given up their weapons, and the security situation has improved in large parts of the country as a result. Furthermore, foreign investment is strengthening the economy, and the tourism sector is growing. In 2018, Colombia joined the Organisation for Economic Co-operation and Development (OECD), a clear sign of the country’s economic upturn.

Nevertheless, Colombia is still facing significant challenges. Around a fifth of the population are officially victims of the conflict and are entitled to compensation. In addition, there are continued outbreaks of violence between other guerrilla groups, criminal gangs and the state. To date, this has caused around eight million people to become internally displaced.

The conflict also poses a threat to areas with dense forest cover and rich biodiversity. These areas provide a refuge for criminal gangs and are affected by illegal drug cultivation, the exploitation of natural resources and large-scale deforestation. The forests are also being destroyed by land speculation and the expansion of agriculture.

Those living in rural areas have suffered and continue to suffer most from the violent conflict but benefit very little from urban economic growth. Internally displaced people together with Venezuelan refugees and their host communities are facing considerable economic and social challenges.

GIZ works in Colombia on behalf of the German Federal Ministry for Economic Cooperation and Development (BMZ). Other commissioning parties include Germany's Ministry for the Environment, Nature Conservation and Nuclear Safety (BMU) and the European Union (EU).

The priority areas of cooperation are:

To build peace in the country, GIZ supports state institutions and civil-society organisations in working through the conflict together and preventing violence. An important objective is for survivors, children, young people and internally displayed people to participate in the process. Thanks to successful consultation and advice from state victim assistance agencies, more than 1.5 million people now have better access to state services.

As one the most biodiverse countries in the world, Colombia plays a key role in global climate change mitigation and environmental protection. Preserving Colombia’s unique biodiversity and the Amazon rainforest, which covers around one third of its land area, is therefore paramount. Financial incentives ensure that local communities reduce deforestation, protect biodiversity and thus safeguard their livelihoods. This approach has so far helped to preserve 59 million hectares of protected areas.

Alongside these measures, GIZ promotes environmentally sustainable and inclusive economic development in rural areas. The goal is to create more income, job opportunities and training for disadvantaged groups. At the same time, GIZ is developing and implementing green business models, such as circular economy approaches, that use natural resources sparingly while increasing business productivity.

A two-wheeled transition to sustainable transport

Displacement and pandemic: the dual pressures on Colombia’s health systems

Ambitious goals for a green future

Shaping the future through dialogue in Colombia