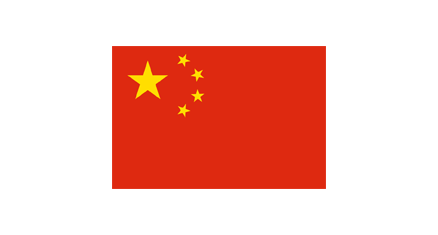 On behalf of the German Federal Government, the Deutsche Gesellschaft für Internationale Zusammenarbeit (GIZ) GmbH has been supporting Sino-German cooperation for 40 years. This work is in the shared interest of both countries and takes into account China’s changed role in the world.

China is the world’s second largest economy, the largest emitter of greenhouse gases and Germany’s most important trading partner. For Germany, China is a partner, a competitor as well as a systemic rival. A key challenge is to jointly implement effective climate and environmental policy to protect global public goods. Another goal of the cooperation is to promote the rule of law and to improve legal certainty in China. The country’s increasing links with the world also make it important to harmonise standards and norms in industry and trade and to sustainably shape China’s activities abroad.

In China, GIZ focuses on the following priority areas:

To strengthen cooperation between China and Germany on effective climate protection, GIZ supports dialogue formats between relevant ministries on both sides. Moreover, GIZ supports efforts to develop renewable energy in China and to enhance energy efficiency in industry and buildings. Another goal is to facilitate China’s transition towards a low-carbon economy.

Symposiums, seminars and study trips for Chinese experts of the legislative, executive, and judicial branches promote rule of law standards and improve mutual legal understanding between Germany and China. To increase the quality of legislation and legal certainty in general, a particular focus lies on promoting German legal understanding in the context of Chinese legislative projects.

To reduce technical barriers to trade and investment, bilateral discussions between experts from government, business and academia are held in Sino-German working groups. In addition, GIZ offers technical and country-specific expertise to the commissioning German ministries.

GIZ also facilitates the Sino-German policy dialogue on development cooperation and responsible overseas engagement, which reflects China’s increased relevance as a donor country. These principles are jointly put into practice in the context of triangular cooperation projects in developing countries , thereby helping to achieve better results for people and the planet .

For its advisory services, GIZ uses an extensive network that includes German and European business associations and chambers of commerce as well as international specialist institutions.