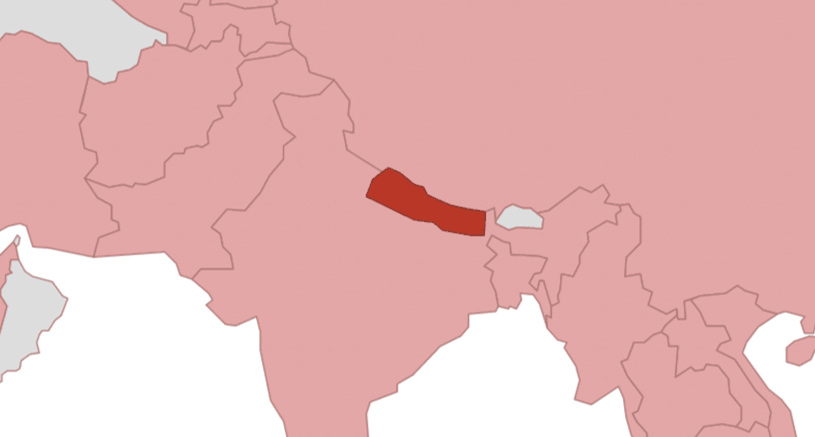 The Deutsche Gesellschaft für Internationale Zusammenarbeit (GIZ) GmbH has been active in Nepal since 1974. In Nepal, GIZ is active in more than 60 districts. Since 1974 the GIZ office in Kathmandu coordinates the activities.

After the end of the civil war in Nepal in 2006, a new constitution and democratically conducted elections help increase the political stability in Nepal.

The country is still struggling with issues regarding post-conflict reconciliation and transitional justice. Many people have lost family members or damages were inflicted on their property, which in some cases resulted in the loss of peoples’ livelihoods or permanent displacement.

In 2015, Nepal has been ravaged by major earthquakes. Almost 10,000 people lost their lives. The damages to Nepal’s infrastructure were massive. Post-disaster recovery and reconstruction efforts have been slow and not very effective. The Consequences for the already frail Nepali economy are severe.

Nepal’s economic growth lags far behind the booming economies of its neighbouring countries. One third of the population lives below the poverty line. Life expectancy in Nepal ranks in the lower third of the Asian countries. Almost half of the children in Nepal are chronically malnourished. There has been a substantial reduction in both infant as well as maternal mortality since the early 1990s. Yet, up to this day only 55 per cent of mothers receive assistance by skilled birth attendants when giving birth to their children.

During the past years, Nepal has achieved significant progress in poverty reduction, school enrolment, health care and sanitation are improving. Moreover, Nepal is taking steps for the prevention of HIV and tuberculosis. As a result, the country has achieved most of its Millennium Development Goals.

The priority areas of Nepali-German cooperation are:

Tackling healthcare waste on the top of the world

Tackling healthcare waste on the top of the world