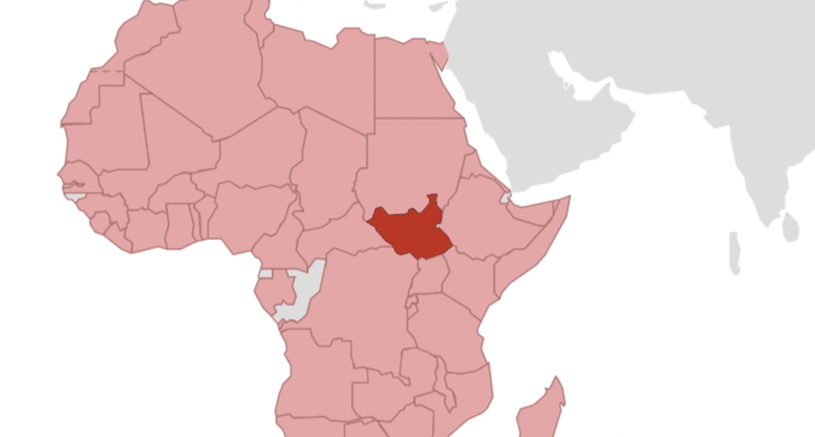 The Deutsche Gesellschaft für Internationale Zusammenarbeit (GIZ) GmbH has been working in the area that is now South Sudan – with some interruptions – since the 1970s.

GIZ’s coordination office has been located in the capital, Juba, since 2010. Seconded staff were evacuated in July 2016 due to the outbreak of conflict and have yet to return. GIZ’s projects are managed from Germany, with regular business trips to South Sudan.

South Sudan is almost twice the size of Germany and is currently estimated to have a population of around 11 million. More than half of the population is under the age of 18. After decades of civil war, the country became independent from Sudan in 2011, making it the world’s youngest state.

South Sudan is a fragile state. It has experienced violent conflict since 2013 that has cost the lives of around 400,000 people and remains unresolved. Some 2.3 million people have fled to neighbouring countries, while around 2 million have been forced out of their homes and are now internally displaced.

The conclusion of a peace deal in 2015 and the formation of a new unity government in 2020 are important milestones along the way to restoring peace and strengthening the country’s development. However, a lack of infrastructure and institutional structures are major challenges for the country. More than half of the population are acutely at risk of hunger or malnutrition and have no access to water supply and sanitation. Basic state services are also lacking.

In South Sudan, GIZ works on behalf of the German Development Ministry, focusing on the following priority areas:

In addition, GIZ supports local water utilities in ensuring public water supply and sanitation and making these services accessible to low-income population groups. To achieve this goal, it is involved in the development of water companies and in training staff in relevant equipment. Sanitary facilities are also being extended to improve hygienic conditions in schools.

To promote rural development and good governance, GIZ supports selected rural districts, allowing them to deliver services in a more direct and needs-based manner. It therefore supports the capacity development of rural authorities and encourages the population (especially women) to get involved in planning and shaping their country’s development.