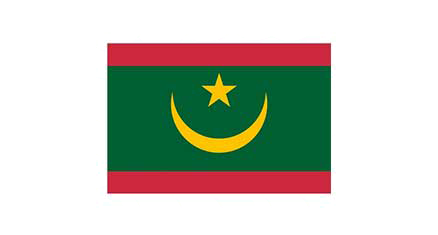 Cooperation between Mauritania and Germany began shortly after the country became independent in 1960. In 1991 the Deutsche Gesellschaft für Internationale Zusammenarbeit (GIZ) GmbH opened its own office in the capital, Nouakchott.

Mauritania lies at the western edge of the Sahara, making it an important link between the Maghreb states to the north and the countries of sub-Saharan Africa to the south. The country is considered a reliable anchor for stability in the region, but the security situation is a key issue. The country’s police authorities lack the structural capacities needed to guarantee the safety and security of the population.

The governments that have been democratically elected since 2008 mark an important step in the democratisation of the country. Achieving a cohesive society nevertheless remains a complex challenge. The government and administrative system still need firmly established processes for citizen-centred, transparent policies.

In economic terms, Mauritania is considered a shining example in the region. Until 2019 it enjoyed the highest growth rate in the Sahel region and the highest per capita GDP (gross domestic product). Yet half of its population live in poverty, with the problem most marked in rural areas. Young people in these areas are worst affected by unemployment. And the country is highly dependent on extractive industries and fishing.

Another challenge is posed by the impacts of climate change, which are damaging agricultural, forest and pasture ecosystems. This is a threat to agriculture and food security among the rural population.

The German Federal Ministry for Economic Cooperation and Development (BMZ), the Federal Foreign Office and the European Union are some of our most important clients in the country.

In Mauritania, GIZ is working in the following priority areas:

GIZ is supporting the national police authorities to enable them to better address the threats to regional security, stabilise the region in the long term and protect the population. To this end, we are fostering rule-of-law, transparent investigative and criminal law procedures, along with trans-national police cooperation. A cohesive society is also to be built in the various parts of the country. To achieve this, the Mauritanian Government is gradually decentralising state authority. GIZ is supporting regional and local authorities, helping them put citizens at the heart of their work and fostering accountability.

To create jobs, GIZ is supporting job creation in rural areas. Through training, we are helping young people find work even outside the country’s urban centres. The Government intends to diversify the important extractive sector and put it on a sustainable footing – for long-term economic change. To this end, GIZ is advising a number of ministries on the development of a national mining strategy.

Adaptation to climate change is another priority area. Farmland, forests and pastureland are to be managed in a climate-sensitive way, so as to ensure long-term food supplies for the population. GIZ also advises the Mauritanian Government on sustainable fishing and aquaculture that conserves natural resources.

ProNexus – combining humanitairian, developement and peace activities in the context of refugees and host communities in Mauritania The Mauritanian police are professional, follow the rule of law and operate transparently. Expanding police cooperation between the G5 Sahel states