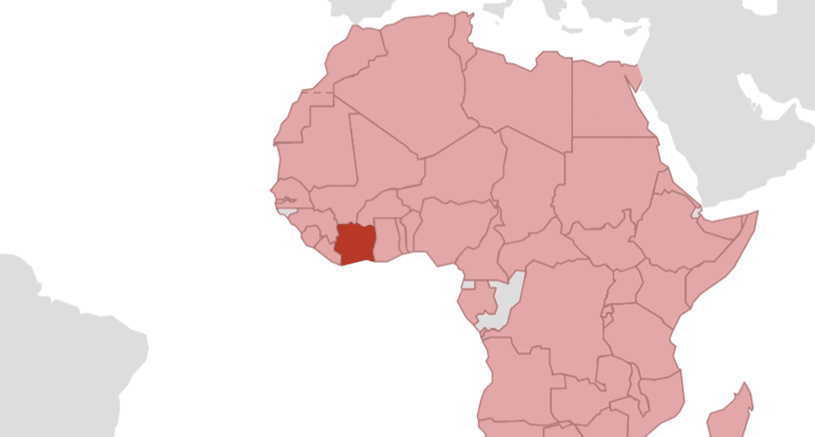 German development cooperation has been providing support to Côte d’Ivoire since 1975. The Deutsche Gesellschaft für Internationale Zusammenarbeit (GIZ) GmbH has several offices in the country.

Côte d’Ivoire is a multi-ethnic state with some 24 million residents and over 60 ethnic groups. From its independence in 1960 until the early 1980s, Côte d’Ivoire was considered the most economically stable and advanced country in West Africa. This was followed by a phase of high social and political instability beginning in the 1990s and becoming more intense from 2002 onwards due to a rebellion by parts of the army and the formation of militia. Another crisis developed in the wake of the 2010 presidential elections. Since 2011, the government has been headed by President Alassane Ouattara. The security situation in the country has largely stabilised.

Since 2012, Côte d’Ivoire has experienced annual economic growth of around 8 per cent. This growth and international trade relationships are once again turning the country into a key regional economic power in West Africa. Côte d’Ivoire is the world’s largest cocoa producer, with an approximately 40 per cent share of the global market. The nation is also a major producer of cashew nuts, rubber and coffee.

Despite this economic success, there is considerable inequality in the country, with almost half of the rural population living in poverty. Other challenges include a high rate of youth unemployment and significant inequality in access to social benefits.

The government aims for Côte d’Ivoire to achieve emerging economy status by 2020. As such, it is necessary to stimulate economic growth in the nation, reduce poverty and reform the economy.

In the agricultural sector, several projects and partnerships with companies are promoting cocoa, cashew nut, cassava, onion and rice value chains. GIZ and its partners are also advising smallholders on efficient and environmentally sustainable production methods. GIZ’s nature conservation and biodiversity work is mainly concentrated in the Taï and Comoé national parks in the south west and north east of the country. As part of BMZ’s ‘One World – No Hunger’ Initiative, GIZ is promoting the production of cocoa without deforestation, in addition to innovation in the cocoa sector. Two other projects are helping to prevent illegal land clearance. Additionally, GIZ is advising key actors in the extractive sector on the efficient and sustainable management of Ivorian resources. Furthermore, GIZ is working on behalf of the German Federal Foreign Office to support the reform efforts in the security sector to incorporate the forensics unit into the police criminal investigations department with the goal of professionalising forensics work. As part of the G20 Compact with Africa (CwA) and the reform partnership established in 2017 between the Ivorian and German Governments, programmes work in the fields of renewable energy and energy efficiency as well as promotion of small and medium sized enterprises (SME), here with the aim to create jobs.

In search of sustainable cocoa