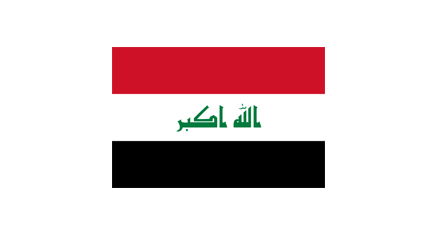 The Deutsche Gesellschaft für Internationale Zusammenarbeit (GIZ) GmbH has been working in Iraq since 2014 and has maintained a country office in Baghdad since 2018.

The number of internally displaced Iraqis and Syrian refugees increased dramatically following the outbreak of civil war in Syria in 2011 and strengthening of the so-called Islamic State (IS). Around 1.2 million Iraqis remain displaced in their own country. There are approximately 250,000 Syrian refugees living in camps and host communities in the north of Iraq. In total, more than four million people in Iraq were in need of humanitarian aid in 2021. A lack of opportunities to earn an income and an unstable security situation are making it difficult in many regions for internally displaced people to return and are also hindering the improvement of living conditions for the Iraqi population as a whole.
Furthermore, the country is in the throes of an economic crisis. This is exacerbated by political instability, the impact of the COVID-19 pandemic, continued heavy dependence on oil and a heavily subsidised public sector. The private sector therefore contributes relatively little to economic output and employment in Iraq. The lack of prospects particularly impacts young people, including returnees.
At the same time, provincial administrations struggle to provide public services owing to a shortage of skills and funds.

On behalf of the German Federal Ministry for Economic Cooperation and Development (BMZ), the Federal Foreign Office (AA) and the European Union (EU), GIZ is working on the following priority areas in Iraq:

GIZ offers support in Iraq to help refugees, internally displaced people and host communities improve their living conditions. It achieves this by providing training courses, financial subsidies and psychosocial support. Since the victory over IS in 2017, the focus has been on the longer-term reconstruction of liberated areas in central Iraq and on economic development. Here, the aim is to promote social cohesion, create income opportunities and revitalise the local economy.

In addition, GIZ has adopted a holistic approach to help improve the country’s economic policy framework. It also promotes the employment and economic prospects for young Iraqis. These measures are being implemented in the autonomous region of Kurdistan and in central Iraq. Since 2018, for example, 36,000 Iraqis, around 30 per cent of them women, have obtained employment or started their own businesses.

In order to ensure that Iraqis have better access to public services in future, GIZ is also supporting the decentralisation of the Iraqi administration. The aim is to improve organisational structures and work processes at various administrative levels.

Getting through the pandemic with a plan