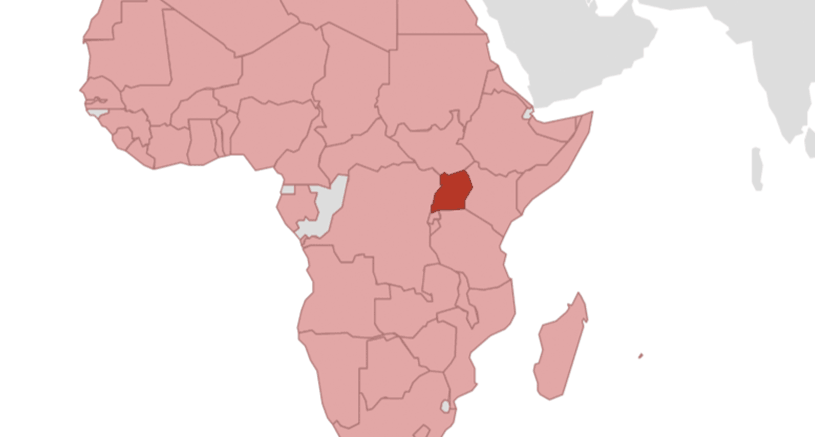 German-Ugandan development cooperation dates back to 1964, two years after the East African state declared its independence. These are complemented by eight integrated experts placed through the Centre for International Migration and Cooperation (CIM).

Uganda has substantial natural resources, including fertile soils, regular rainfall and sizeable mineral deposits of copper and cobalt, as well as untapped reserves of oil and natural gas. These conditions provide Uganda’s biggest potential. Agriculture provides jobs for more than 80 per cent of the workforce, making it the single most important source of income. However, this sector is struggling to cope with outdated production methods and the threats of ongoing deforestation and climate change.

Despite its natural riches, Uganda remains one of the poorest countries in the world. In 2017, Uganda ranked 162nd of 189 countries in the Human Development Index of the United Nations Development Programme, placing it in the ‘Low human development’ category. An annual economic growth rate of just 3.5 per cent (2016/2017), coupled with high population growth (3.3 per cent in 2016) and rising inflation (annual rate of 5.3 per cent in 2017) further aggravates the situation for the 42 million Ugandans.

In addition, Uganda is currently facing a steady influx of refugees due to ongoing conflicts in South Sudan, making it the country with the highest rate of refugee population on the African continent.

At bilateral negotiations the Ugandan and German governments, agreed that the cooperation should focus on three main priority areas:

It was further discussed that the cooperation in the areas of water and sanitation would shift towards measures for water resources management, water for production and water supply and sanitation in refugee hosting communities. Fundamental principles for the Ugandan-German development cooperation are good governance in the areas of transparency and accountability, adherence to human rights, including the rights of vulnerable groups and sexual minorities and support of civil society.

There are also ongoing projects in the areas of climate change mitigation, access to modern energy services and improvement of vocational training in the oil and gas industry. Currently, ten development partnerships with the private sector are active in Uganda. Both nationally and internationally, GIZ continues to support the Nile Basin Initiative (in planning and coordinating the sustainable management of water resources in the Nile Basin.

Building up the global carbon market in East Africa

Biogas in Costa Rica – Electricity from the pig farm