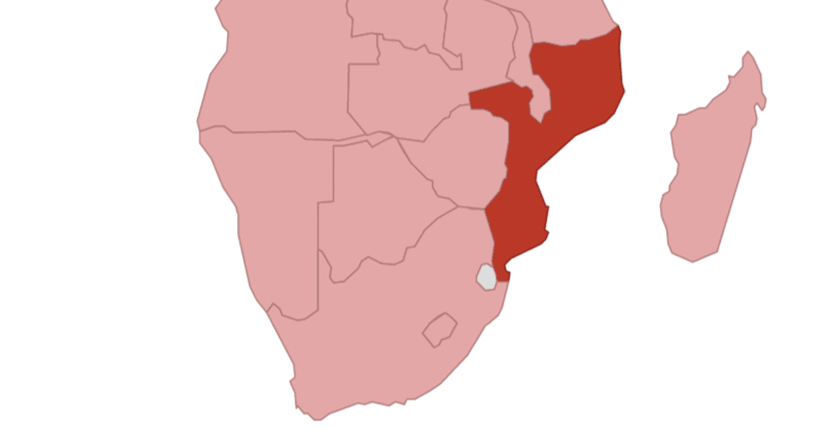 German-Mozambican cooperation dates back to 1985.

With 28 million inhabitants and a surface area of around 800,000 square kilometres, Mozambique remains sparsely populated. Most rural Mozambicans are subsistence farmers or engage in artisanal fishing. More than 40 per cent of Mozambicans are under the age of 14.

Some 70 per cent of the overall population subsists below the poverty threshold. According to the United Nations Human Development Index (HDI), Mozambique is one of the most underdeveloped countries in the world. Around half of all adults are unable to read or write. Health care is insufficient and HIV prevalence among adults is around twelve per cent.

Furthermore, climate change is hitting Mozambique hard in the form of  frequent extreme weather events such as cyclones, flooding and drought.

Foreign direct investment in Mozambique focuses on mineral extraction – the country has extensive coal and gas reserves – as well as on agriculture and infrastructure. The national economy grew by more than 7 per cent in the ten-year period after 2006. However, in 2016 Mozambique experienced a serious crisis. As a result, its local currency lost more than half of its value, inflation rose to 25 per cent and public debt skyrocketed. Mozambique has since halted the repayment of some of its debts, resulting in its temporary exclusion from the international capital markets and IMF programmes.

GIZ has operations throughout the country but mainly focuses on the two provinces of Inhambane and Sofala. On behalf of Germany’s Federal Ministry for Economic Cooperation and Development (BMZ), GIZ concentrates on three key areas of activity:

GIZ is assisting Mozambique in adapting to climate change. Furthermore, with more than 20 regional and global projects and programmes, GIZ is helping to give households better access to energy and promoting child and youth development through sport. It is also making it easier for people to access the labour market and working to improve the cultivation and marketing of agricultural products. In addition, GIZ is promoting Mozambique’s regional integration in the Southern African Development Community (SADC).