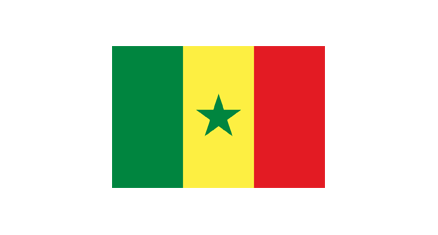 GIZ has worked in Senegal since 1977. Since 1989 there is an office in the capital Dakar.

As a reform-oriented country, Senegal is an anchor of stability in the region with three peaceful transitions since independence in 1960. The country is attracting increasing amounts of private investments thanks to its market-oriented economy. With its national development strategy, Senegal aims to become an emerging economy by 2035. Largely located in the Sahel, the Senegalese ecosystem is particularly vulnerable to effects of climate change. The country’s climate adaptability will be a crucial factor in determining its future and addressing challenges such as food insecurity and poverty, especially in rural areas.

The COVID-19 pandemic has significantly changed the country’s economic outlook, setting back tourism, transport, and exports. Limited fiscal buffers, a vulnerable health care system, and a large informal sector pose challenges. Addressing the disparity in development between the capital, and the rural regions remains an issue, as does the creation of adequate and viable jobs for the younger generation as around half the population is under the age of 19.

German development cooperation has been supporting Senegal in its reform efforts for many years. Since 2019, Germany and Senegal have been linked by a reform partnership. The aim is to improve the environment for private investment, and thus create more employment and prospects, especially for the youth. GIZ is working on behalf of the German Federal Ministry for Economic Development and Cooperation (BMZ) to address the following topics:

GIZ works together with Senegalese partners to build up well-performing public institutions. These measures particularly support a modern public administration as well as land tenure security among the rural population. GIZ is also providing advice for ministries on the public budget.

In the field of sustainable economic development, support is aimed at reducing unemployment and creating better-paid jobs. GIZ is therefore improving the quality and range of vocational training and promotes private sector development by supporting businesses, and individuals with advisory services, financial instruments, and training. Together with the national agency for the promotion of youth employment, GIZ supports local people and returnees in obtaining employment and starting a business.

GIZ works towards a reliable and sustainable electricity supply in Senegal, through the deployment of renewable energy and the promotion of energy efficiency measures to reach progressive decarbonisation. To this end, education and employment in the area of renewable energies are being supported. In rural areas, GIZ facilitates access to electricity through village grids or by individual solar home systems.

More than a trend: organic farming in Africa

Working together to end leprosy

Massaër Guèye on a training of GIZ, which secured his livelihood as a blacksmith in Senegal

The white gold of Félane