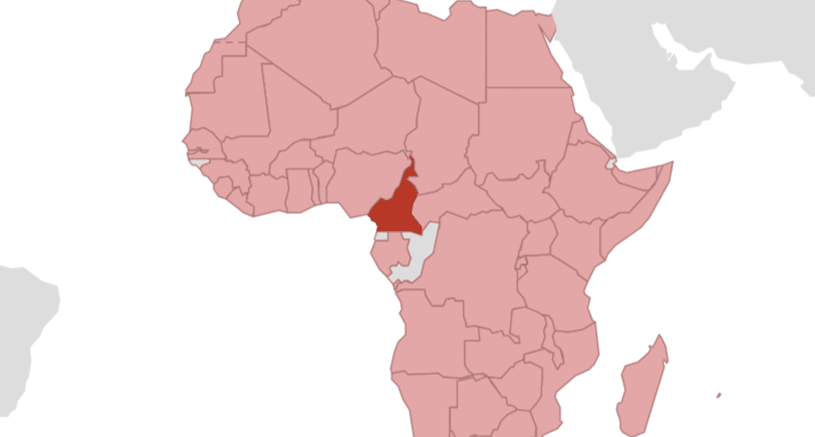 GIZ has been working in Cameroon since the early 1960s. Its regional office in Yaoundé coordinates the company’s activities in the country. Currently 294 national and 38 international employees, three integrated specialists and 15 development workers are working in the country (as of 31.12.2018).

Cameroon has a wealth of natural and mineral resources and despite various ongoing conflicts is regarded as an anchor of stability in a crisis-torn region. The Government of Cameroon is pursuing the goal of transforming the country into an emerging economy by 2035. However, Cameroonian society faces substantial challenges. Development potential remains untapped due to corruption and the resulting unfavourable conditions for investment. GIZ is working in Cameroon on behalf of the German Government and the European Union (EU). GIZ’s main commissioning party is the German Federal Ministry for Economic Cooperation and Development (BMZ). Its most important cooperation partners are the Kreditanstalt für Wiederaufbau (KfW) and the German Federal Institute for Geosciences and Natural Resources (BGR).

GIZ is working with its partner organisations in the following priority areas in Cameroon:

Environmental, climate and forest policy: One of the goals of German development cooperation work is the conservation of tropical forests. Half of Cameroon’s surface area is forested. Alongside oil and cocoa, timber is one of the country’s major export products. To date, only a small percentage of commercial forestry has switched to sustainable practices. GIZ is promoting sustainable resource management and the protection of biodiversity in Cameroon. Following the principle of ‘conservation through utilisation’, forest products such as tropical timber and spices are being marketed.

Governance and decentralisation: Cameroon’s administrative system is still inefficient and lacks transparency. GIZ is developing state-of-the-art solutions, including digitalisation, in order to create more responsive and transparent infrastructures, connect municipalities with the internet and increase the state’s tax revenues. For example, a modern municipal services sector is emerging that is simultaneously laying the foundation for better addressing the needs of refugees from surrounding countries.

Rural development: The work of GIZ and its partner organisations in this priority area targets agricultural enterprises in the three northern regions of Cameroon. The objective is to achieve a transition from the dom-inance of subsistence farming to an agricultural sector that is profitable and socially and environmentally sustainable.

Outside the priority areas, GIZ is also active in the health sector. Developments in Cameroon’s health system have been stagnating at a low level for a number of years. Aspects which are particularly lacking are family planning, appropriate health care for women during pregnancy and childbirth, and access to contraceptives. GIZ is responding to this, for example, by cooperating with the Ministry of Public Health to improve access to modern contraceptives and family planning services.

The prosperity gap between Cameroon’s comparatively rich south and poor north is substantial. Young people in particular are affected by poverty and the lack of prospects. GIZ is addressing this in a project in northern Cameroon funded jointly by BMZ and the EU, in which it helps young people to build a future for themselves through measures promoting education and employment. From its base in Cameroon, GIZ also supports projects in several other countries in the region. Examples include the promotion of small enterprises in the cocoa sector and a project on sustainable forest management in the Congo Basin.

Improving the living conditions of disadvantaged youth in northern Cameroon

Protecting forests and the environment