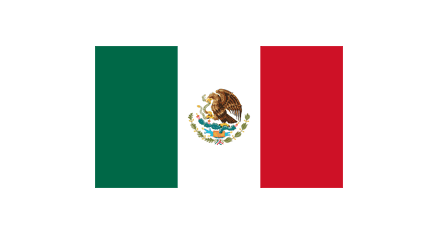 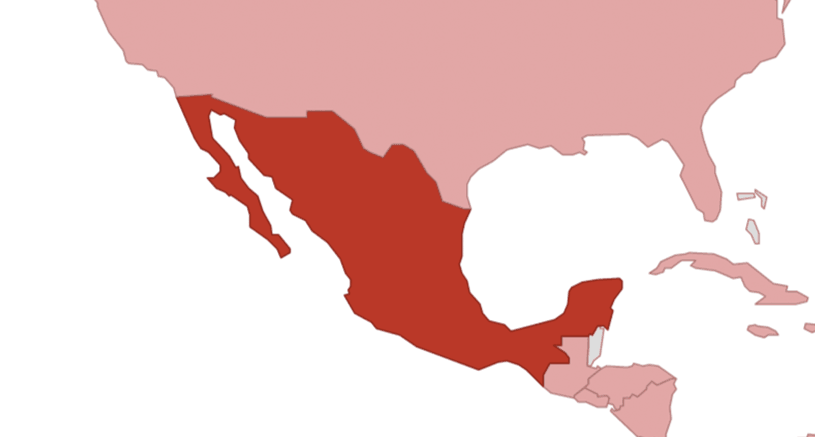 Germany’s successful cooperation with Mexico, an emerging economy, began in the 1970s. On behalf of the German Government, GIZ has provided advisory services to the Government of Mexico since 1997.

As Latin America’s second largest economy and the most important export nation in the region, Mexico plays a key economic and political role in Latin America and the Caribbean. Since 1994, the country has signed numerous multilateral and bilateral trade agreements, including the North American Free Trade Agreement (NAFTA) with the United States and Canada, and agreements with the European Union (EU). Germany is Mexico’s largest investor after the US and also its most important EU trading partner. Mexico is highly attractive to foreign investors and around 1,900 German companies are currently operating there.

Mexico joined the Organisation for Economic Co-operation and Development (OECD) in 1994 and is a member of the Group of Twenty (G20), a forum for the world’s leading industrial and emerging economies. Mexico plays an important role in international negotiations on key issues and thus builds bridges between the North and South. By hosting the first High-Level Meeting of the Global Partnership for Effective Development Co-operation in April 2014, Mexico underlined that it is a highly committed global player.

Mexico is at the forefront of international efforts to address environmental and climate issues. Together with Germany, Mexico is taking the lead on mitigating the impact of climate change. By 2050, the Government of Mexico has set itself the ambitious target of halving the country’s greenhouse gas emissions compared with 2000. Mexico has also signed the Nagoya Protocol on Access to Genetic Resources and the Fair and Equitable Sharing of Benefits Arising from their Utilization (ABS) to the Convention on Biological Diversity (2012) and was thus one of the first countries to make an active commitment to the Convention’s implementation.

As an emerging economy, Mexico is no longer simply a recipient of international development funding. By founding the Mexican Agency for International Development Cooperation (AMEXCID) in 2011, Mexico has systematically expanded its donor commitment. Among other things, Mexico participates as a donor in triangular cooperation, sharing its experience and knowledge with other countries in the region.
As a global development partner, Mexico is a priority country for the German Federal Ministry for Economic Cooperation and Development (BMZ) and, since 2008, for the German Federal Ministry for the Environment, Nature Conservation and Nuclear Safety (BMU) within the framework of the International Climate Initiative (IKI). Working mainly on behalf of these commissioning parties, GIZ assists Mexican partners to implement projects in the fields of environmental and resource conservation, climate change mitigation and sustainable energy.

In the green environmental sector, the cooperation focuses on establishing corridors linking protected areas and on building institutional capacities. This not only promotes biodiversity but also contributes to sustainable natural resource management. In this context, GIZ supports economic valuation of biodiversity and other innovative solutions.

In order to address the major environmental problems faced by cities, sustainable solutions for urban and industrial environmental management are being developed. This contributes to green growth in Mexico.

Germany and Mexico are engaged in intensive cooperation to develop and implement climate change mitigation and adaptation policies. Mexico is setting international benchmarks with its Nationally Appropriate Mitigation Actions (NAMAs) in key sectors, such as social housing, small and medium enterprises (SMEs) and road freight transport.


By providing advice to government and the development of partnerships, e.g. with the German federal states, GIZ works on behalf of the German Government to support Mexico’s climate policy and its implementation.

In its energy reform legislation and National Energy Strategy, Mexico has set itself ambitious targets: by 2024, 35 per cent of its energy must come from renewable sources. However, its major potential to increase energy efficiency and use renewable energy sources is still underutilised.

On behalf of the German Government, GIZ is assisting Mexican partners to make the country’s energy system more sustainable and promote renewable energies and energy efficiency. This includes improving the legal frameworks, implementing funding and roll-out schemes, and building the capacities of training and awareness-raising programmes.

Safeguarding Mexico’s sustainable economic development and strengthening links with the private sector in Mexico and the rest of the world are key elements of Mexican-German cooperation.

The Cooperation Platform for Northern Latin America (COPLAN) programme works with German, Mexican and Central American private sector institutions to promote and facilitate access to environmental and climate technologies. In addition, Germany is supporting the development of a labour market-oriented approach to vocational training in Mexico.

Mexico and Germany have been collaborating on triangular cooperation projects since 2006. These projects see the two nations (a new donor and a traditional donor respectively) working with various Central American, South American and Caribbean countries. Cooperation covers a wide range of topics, including urban and industrial environmental protection, sustainable energy and biodiversity conservation. The activities bridge the gap between North-South and South-South cooperation, serving as an instrument for forging strategic partnerships to tackle global challenges jointly.

The Regional Fund for the Promotion of Triangular Cooperation in Latin America and the Caribbean has been supporting Mexican-German triangular cooperation initiatives since 2011, playing a key role in leveraging to a greater extent the potential offered by this effective instrument