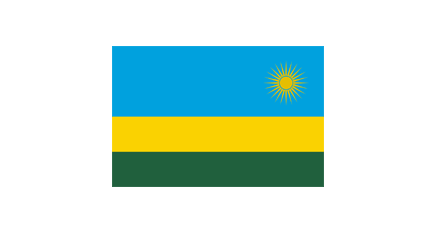 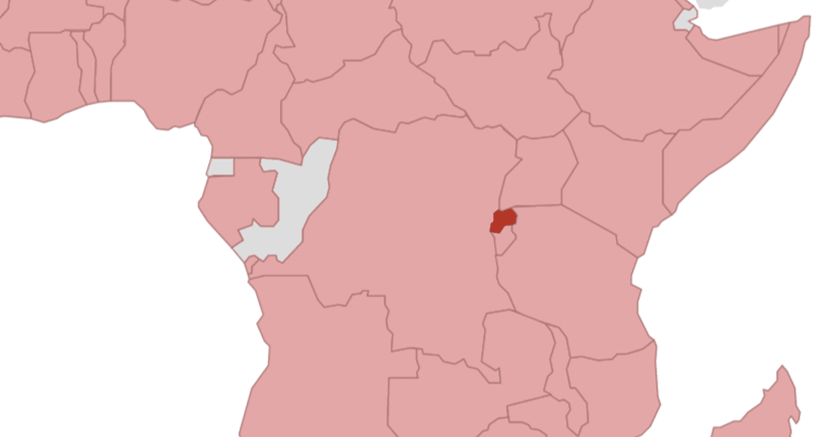 The Deutsche Gesellschaft für Internationale Zusammenarbeit (GIZ) GmbH has been operating in Rwanda for more than 40 years. Currently 128 national and 32 international employees, two integrated specialists and 23 development workers are working in the country (as of 31.12.2019).

Rwanda is one of the smallest and most densely populated countries in East Africa. The country gained independence in 1962. A civil war in the 1990s culminated in genocide against the Tutsi in 1994, during which around a million people were killed.

Stability has steadily increased in Rwanda since the end of the genocide, and elections have been taking place since 2003. Remarkable successes have been achieved in the areas of security, gender equality, education, health and digitalisation. Rwandan women are playing a leading role in rebuilding the country – from rural villages to the national parliament, in which women hold 64 per cent of the seats. Despite the high economic growth rate in recent years, unemployment and underemployment continue to be among the greatest challenges facing the country. The majority of the population works in the agriculture sector, where incomes are low. Moreover, the number of young people entering the labour market is steadily increasing.

GIZ resumed its work in Rwanda immediately after the genocide against the Tutsi. The company currently operates on behalf of the German Federal Ministry for Economic Cooperation and Development (BMZ) in two priority areas:

In the good governance priority area, GIZ and its partners are working to achieve increasingly local and municipal management of public finances, among other things. Another topic is responsive local governance, focusing on support for the district administrations. The aim is to provide effective, efficient and transparent public services for the citizens.

In the field of economic development and employment promotion, GIZ is concentrating on creating jobs by pursuing an approach that combines private sector promotion, vocational training and job initiatives. It focuses on information and communications technologies, the timber industry, tourism and the creative sector. Another project promotes employment for refugees in their camps and for the inhabitants of host communities.
In addition, GIZ is also supporting the Rwandan Ministry of Information Communication Technology and Innovation (MINICT), also on behalf of BMZ, for example in setting up a Center for Digital Transformation. Cooperation is designed to help create the conditions for developing, implementing and disseminating digital solutions – in Rwanda itself and throughout Africa.

Sport for Development in Africa: Partners with Concepts!