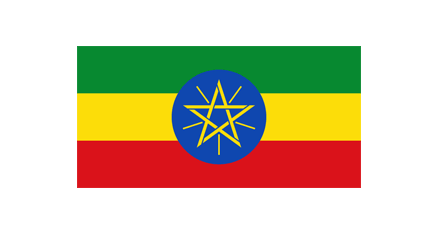 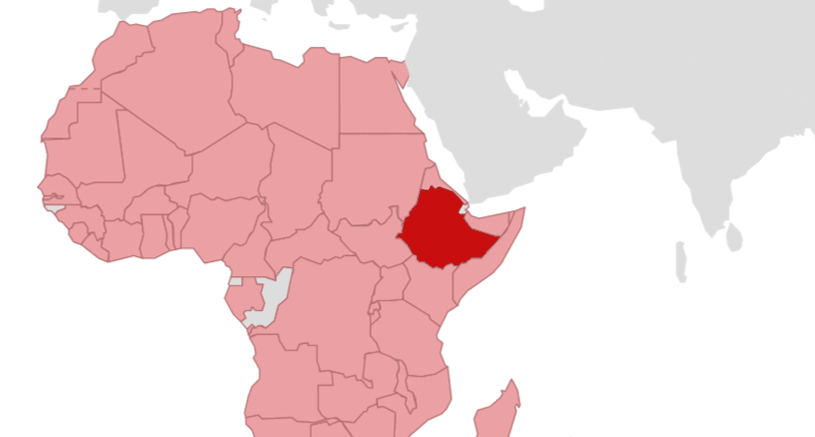 The Deutsche Gesellschaft für Internationale Zusammenarbeit (GIZ) GmbH has been working in Ethiopia on behalf of the German Federal Ministry for Economic Cooperation and Development (BMZ) since 1964.

The Federal Democratic Republic of Ethiopia is a landlocked country in the Horn of Africa. It is three times the size of Germany and has a population of around 102 million. Despite average economic growth of 10 per cent since 2005, an estimated 30 per cent of Ethiopians still live below the poverty line (World Bank). Ethiopia ranks 173rd of 189 countries in UNDP’s 2019 Human Development Index (category: low human development). For decades, the population of the Ethiopian highlands has been affected by increasing food insecurity stemming from high population growth, deforestation and inappropriate agricultural production methods.

GIZ operates in Ethiopia on behalf of the German Federal Ministry for Economic Cooperation and Development (BMZ) and other national and international partners. In line with the Ethiopian Government’s objectives, Germany’s development cooperation with Ethiopia focuses on three priority areas:

The Ethiopian Government has developed an ambitious growth and transformation plan designed to address its objectives in these areas. It aims to meet the United Nations Sustainable Development Goals and double the country’s economic output. To accompany the plan, the government has put in place its Homegrown Economic Reform strategy, which focuses on reducing poverty, creating jobs for young people and promoting economic growth. Germany is supporting this strategy and in November 2019 concluded with Ethiopia what is known as a reform partnership – an in-depth form of development cooperation with reform-minded African partner countries as part of the G20 Compact with Africa initiative.

GIZ’s other fields of activity in Ethiopia include supporting the country in providing services for displaced people; at the end of 2018, the country was hosting over 900,000 registered refugees. In addition to this, it provides support to promote health, renewable energy, and social and environmental standards in industry. It also works in conjunction with the Civil Peace Service in the area of conflict management and is also involved in development partnerships with the private sector in Ethiopia.

GIZ’s portfolio at the African Union (AU), which is headquartered in the capital of Addis Ababa, plays an important role in our work in Ethiopia. On behalf of BMZ and the German Federal Foreign Office (AA) as lead commissioning parties, GIZ is implementing various projects with the AU, focusing on agriculture, education, peace and security, regional economic integration and good governance.

Various international clients and the Ethiopian Government have commissioned the company’s International Services business area to carry out projects in the country. They include a project on developing infrastructure for Ethiopian universities on behalf of the country’s Ministry of Education.

The stuff of the future

Fassil Tadesse on the textile industry in Ethiopia

A building for peace and security