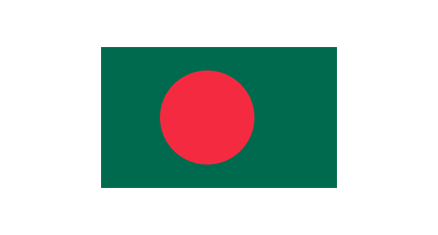 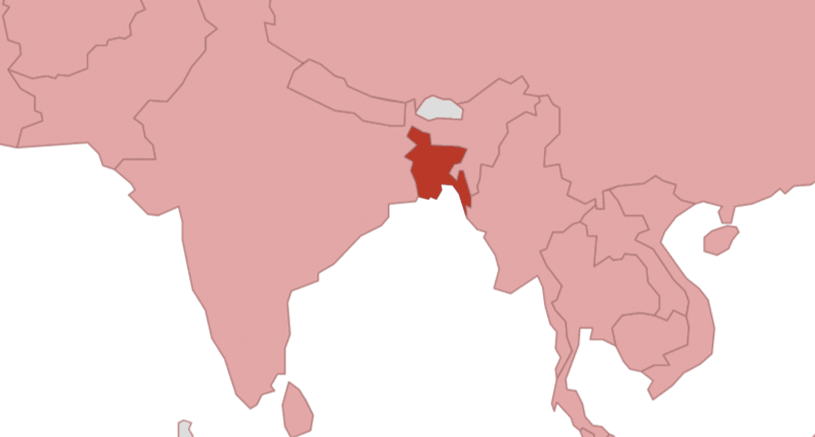 Germany and Bangladesh can look back on over 45 years of successful cooperation.

Bangladesh has achieved significant economic growth in recent years and is now classed by the World Bank as a lower middle-income country. If this trend continues, Bangladesh could ‘graduate’ out of least-developed country (LDC) status by 2024. This is reflected in some of the country’s social indicators. Mortality rates among infants and children have fallen. Primary and secondary schools are attended by almost equal numbers of boys and girls.

However, Bangladesh still faces environmental and social challenges. The country’s towns and cities are straining under the pressure of rapid urbanisation, while climate change has brought severe flooding, cyclones and rising sea levels. The Deutsche Gesellschaft für Internationale Zusammenarbeit (GIZ) GmbH is helping the Bangladeshi government to overcome these challenges through projects commissioned by the German Federal Ministry for Economic Cooperation and Development (BMZ), the European Union and other international partners.

The priority areas for cooperation are:

GIZ supports local efforts to establish reliable and efficient energy supplies. The goal is to increase renewable energy as a proportion of the total energy mix so that, as far as possible, Bangladesh can meet the growing demand for energy without generating additional carbon emissions.

A further goal of the partnership between the two countries is to bring about improvements in the legal system. Paralegals trained with GIZ support will facilitate collaboration between the courts, prisons, the police and detainees with the aim of shortening the amount of time spent in police custody and reducing prison overcrowding.

To improve working conditions and social standards in factories, GIZ works with numerous partners in the textiles, garment and leather sectors. These include companies, unions and official bodies. GIZ also supports the efforts of factories and tanneries to improve their environmental standards in the areas of waste and wastewater management and energy consumption.

Rising sea levels, flooding and drought as a result of climate change are causing a massive influx of people from rural areas into the cities. The rate of growth in urban populations is outpacing the ability of those cities to develop new infrastructure, putting poor people especially at considerable risk. GIZ is helping the Bangladeshi Government to increase resilience among the most vulnerable people. To this end, the two countries are cooperating on measures to improve national and urban development planning, facilitate access to international funds to combat climate change, create long-term opportunities for people to earn a living and provide access to public social services.

GIZ is also working with the Bangladeshi Government to preserve biodiversity in the Sunderbans, the world’s biggest mangrove forest, and to bring some stability to displaced Rohingya and their host communities by providing psychosocial support and measures to actively resolve the causes of conflict.