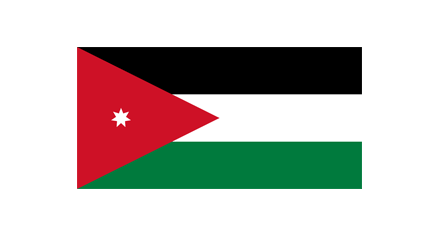 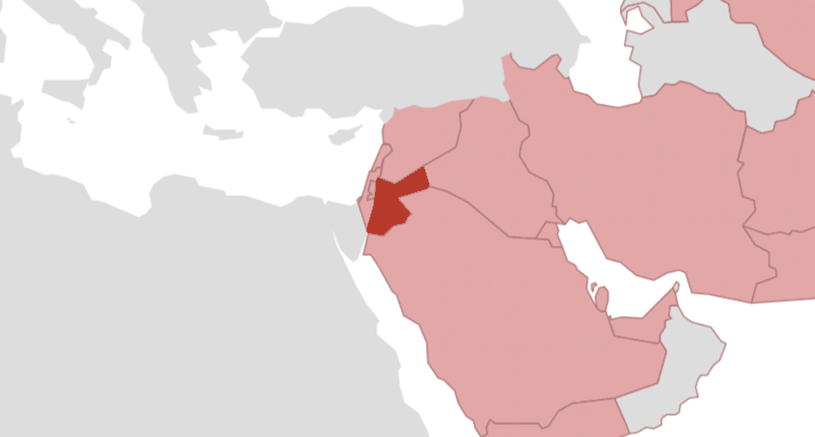 GIZ has been working in Jordan for over 40 years, and opened its office in the capital of Amman in 1979.

The civil war in Syria and the political instability of the region are having a direct impact on Jordan, where several hundred thousand people have sought refuge since the start of the armed conflict in the neighbouring country. According to the United Nations High Commissioner for Refugees (UNHCR), more than 666,500 Syrian refugees are registered officially as of June 2018.

Four out of five Syrians have found accommodation in cities and in different governorates while the rest are living in camps. This has imposed additional significant challenges to the country, such as concerns for socio-economic development, the labour market and education as well as resource conservation and waste management.

However, since the beginning of the crisis, GIZ is supporting Jordan in coping with the challenges of the influx of refugees, which has placed immense strain on Jordan’s public services.

GIZ is supporting Jordan in creating long-term prospects for both Jordanians and Syrian refugees by assisting the host municipalities where many of the refugees are living, and thus contributing to the stability of the country.
In addition to Syrian crisis, Jordan as a desert nation faces other key development challenges that are rooted primarily in the lack of natural resources. Water is in short supply and the large number of refugees is further increasing pressure on water resources. Climate change and environmental pollution are other key issues. Furthermore, Jordan's industry is weak, and population growth is high at around 2.6 per cent (2017). Much of the population lives in cities, but the younger population faces a shortage of productive sources of income.

Official data confirms that unemployment is reaching almost 19 per cent, which is an “unprecedented” level unseen in the last 25 years. While the unofficial rate is estimated to be around 30 per cent. One-third of the roughly 9.5 million inhabitants continue living in relative poverty, and women face economic and social development disadvantages compared to men.

Currently, Jordanian-German cooperation is focusing on the following issues:

Water
Since 2001, water has been the priority in Jordanian-German cooperation. Jordan is one of the world’s most water-deprived countries, and GIZ is helping provide an adequate and stable water and wastewater management system through various measures.

Waste Management
The huge influx of Syrian refugees in Jordan has placed tremendous burden on the hosting local governorates to accommodate the increased demands on waste management. GIZ is fostering improvements to the management of waste in different governorates to provide technical support to municipal staff with the aim of enhancing the organisation of a waste-collection mechanism.

Employment, vocational training and education
With the aim of creating economic and vocational prospects for Jordanians, Palestinians and Syrians living in Jordan, a second priority area has been initiated in Jordan since 2015. GIZ is promoting measures in education, vocational training and job creation. GIZ is working with key public institutions to ensure that labour market policy measures achieve its desired effects and lead to sustainable investments and lasting employment opportunities.

GIZ is also promoting environmental protection and resource conservation in Jordan. In addition, there are several regional programmes, which are being implemented from Jordan, including in the microfinance sector, for the economic integration and empowerment of women, for assisting Palestinian refugees, for political participation of women, for mental and psychosocial health and joint projects with Arab partners.

Efficient and sustainable management of water resources in Jordan Creating employment opportunities in waste management Climate and resource protection through circular economy in Jordan Improvement of Green Infrastructure in Jordan through Labor-Intensive Measures Increasing energy efficiency in the water sector Promoting renewable energy in the water sector Water sector in Jordan: more women being trained as skilled workers Cash for Work: Protection of Water Dams in Jordan Decentralised collection, treatment and effective reuse of wastewater Sustainable use of ecosystem services in Jordan

Resilience for refugees, IDPs, returnees and host communities in response to the protracted Syrian and Iraqi crises Strengthening women in decision-making in the Middle East - LEAD Quality education for all Qudra – Increasing the resilience of host communities in neighbouring countries during the Syrian refugee crisis Sport for Development Education opens up Perspectives: Higher education creates prospects for young Syrians and Jordanians

Ferial Salem Al Jahran was one of the first women ever to qualify as a plumber in the Jordan Valley.