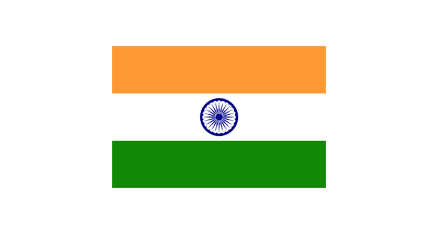 For over 60 years, the Deutsche Gesellschaft für Internationale Zusammenarbeit (GIZ) GmbH has been working jointly with partners in India for sustainable economic, ecological, and social development.

India is fast emerging as an economic and industrial power. It is a member of the ‘Group of Twenty’ (G20) as well as one of the five major emerging national economies, namely Brazil, Russia, India, China and South Africa (BRICS). Despite the country’s rapidly growing economy, poverty and other socio-economic issues remain a challenge. The burgeoning population and accelerated urbanisation in the country have resulted in an environment at risk and greenhouse gas emissions that continue to spiral upwards.

The thematic areas of GIZ in India are:

The Government of India has launched numerous important initiatives to address the country’s economic, environmental and social challenges, and GIZ is contributing to some of the most significant ones. For example, it supports key initiatives such as Smart Cities, Clean India and Skill India. GIZ, in close cooperation with Indian partners, devises tailor-made, jointly-developed solutions to meet local needs and achieve sustainable and inclusive development.

Support for the reform of the Indian blood transfusion system

Organic farming in India - The new farmers of Bangalore

Bhagwanti Portay and 11 other women seized the initiative: they started producing and selling ready-to-eat meals.